Since my last post something have changed including me moving to Orleans!

One of the things I have been working on is Flames of War!  I have chosen the German Armed forces, mostly comprising of units from the Heer.

Up first, is my test vehicles. They are resin re-casts of Battlefront vehicles that I purchased on Bartertown. I didn't that they were re-casts of Battlefront stuff until after getting them.  I did have to rebuild them after a nice soak in purple power. I used a ton of putty to repair the tanks, and used some stowage from my bits box. I am missing the schurzen armor plates unfortunately, so I will have to make due.

They were primed using Tamiya Fine Suface Grey primer, which is the best primer I think for miniatures.  I also choose to use a light grey primer since I paint my miniatures in a similar style scale model kits. Since these are recasts they will be a test platoon for my new airbrush setup. I'll talk about that a little later. Now on to the WIP shots: 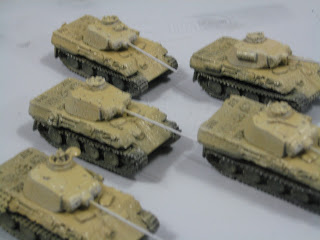 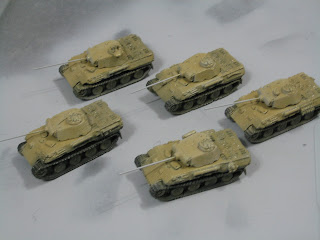