So my first game is against Sallieman, who was also my ride to the event!

Pitched Battle, Annihilation.  Table has some ruins in the middle and a few hills.  Pretty open :D

So he won the roll to go first.  Deploying war walkers in the ruins near his side.

Setting up his skimmers around the ruins.  I plan on deploying my tanks to one side and setting up the loganstar to give them cover.  His jetbikes are on my left, I think I will setup opposite to that side.

Setup in a line with the wolfblob, logan attached to long fangs.  Did not steal the initiative.

Hello to all! (+Live Blogging)

My username is Refyougee and I've been asked to contribute to this great blog - I've contributed here once before with my initial review of the Blood Angels Codex and I hope to continue doing so with the the GK Codex that is in the pipes.

I've been gaming for roughly ten years, starting the the now-defunct Wizkids games Mage Knight and MechWarrior Dark Age;  I now play 40K and Warmachine, with a focus on Space Wolves, Grey Knights and Cryx.  I'd describe my play style as semi-competitive, something which I will expand upon later :)

But that's enough for introductions.  Today is the 40K Tournament at Game Summit, a fantastic event that happens 1-2 times a year.  I've entered my Space Wolves in the tourney and plan on liveblogging the games as best as possible.  I'm new to the whole thing so don't expect perfection.

The lone terminator joins up the long fangs, and idea of the list is target saturation/heavy shooting with a CC bubble of the termies and Grimnar :)

Today I have a small sample of Dragon Forge bases that I will be reviewing. Jeff Wilhelm is the owner and operator of Dragon Forge Design.
The detail on these bases is amazing. The sculpting is very sharp, and shows that Jeff is very skilled. These bases are amazing and require no explaining! Crisp detail, no flash, sharp edges!
The designs that I have are cobblestone, deck plating, and some ruins. They fit their theme very well and are different enough that across and army, you wouldn't be bored them them. The resin used to cast these have a very plastic feel, and don't chip easy. I took a few and tossed them decently good, and no damage was done!
10/10 indeed here! 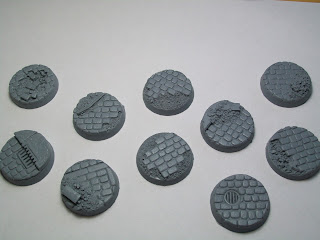 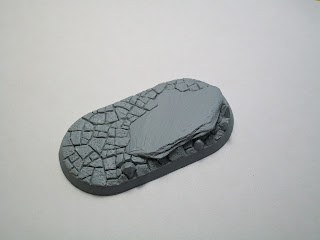 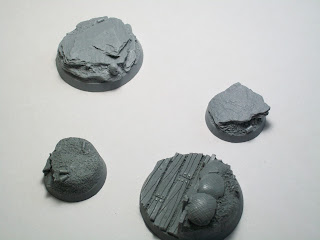 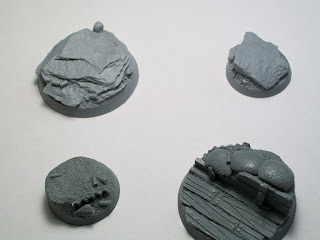 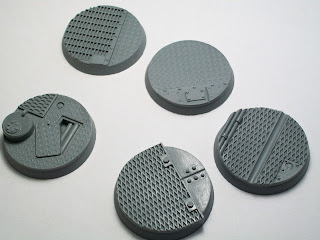 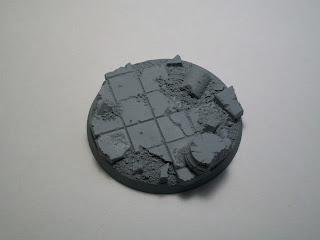 Email ThisBlogThis!Share to TwitterShare to FacebookShare to Pinterest
Labels: Review

Email ThisBlogThis!Share to TwitterShare to FacebookShare to Pinterest
Labels: 40k

This weekend, there is a 200 point Killteam event that I will be participating. I'm thinking of taking a simple, easy to use list:

Thats right, next weekend Ottawa will be graced with some great gaming! This years Game Summit will be featuring two Heavy Gear Blitz Tournaments, open gaming and demos. Even the Dream Pod 9 Staff (Robert, John and David ) with be attending next weekend. I personally can't wait to try my hand at the Friday night tournament. I'm actually going to get some games in with the demo armies they are suppling!


More information can be found here