As promised, here is the eyes and ears of my strike force, my Recon Squad! The squad is composed of a Jaguar, two Bobcats, and two Weasels. They all have had their autocannons replaced with rifles, which I think looks bad ass!

First we have the Thunder Jaguar, which also happens to be my Army Commander. This guy is sporting a Heavy Rifle, Light Rocket Pod and Vibro blade. He has very high defense skill, and will prove very difficult for my opponents to destroy.

The second part of the squad is a pair of Bobcats. These guys will be primarily providing target designator support for the gears armed with guided weapons. Bring down the rain I say! They will also provide secondary ECM support for my team. Unfortunately, only being armed with a light rifle and light rocket pod they will be plinking away at weak targets at best.

The last, and possibly the most important part of the Recon Squad is these two Weasels. These guys provide rock solid ECM and ECCM support. I should be able to stop alot of important enemy activity down with these guys. Even if I don't use them to block enemy communication, I can use the sat uplink to replace my own command points.  Being armed with only a medium rifle leaves much to be desired in the damage category, but I highly doubt this electronic master machine will do much shooting!

As you can see, I have a nice balanced Recon Squad which will help me shut down, and destroy my opponents! 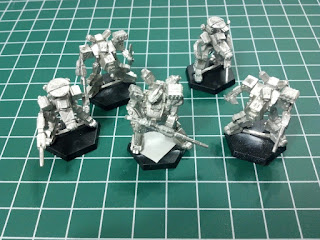 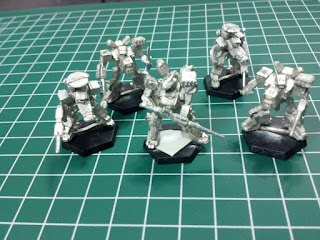 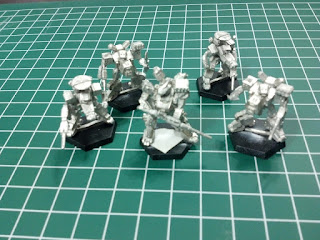